Welcome to the Official Liverpool Supporters Club of NZ website

The NZ Branch began in 2001 and obtained Official Status in 2002. We are nationwide and welcome any and all Liverpool Supporters living in New Zealand.

In 2012 and 2014, we organised tours to see Liverpool play to Melbourne, Brisbane and Adelaide and have access to tickets to Anfield for our members.

We also arrange for Liverpool games to be shown in pubs throughout the country and work with LFC  to bring Liverpool Legends to NZ. 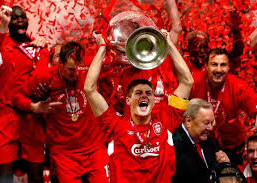 Become a member today. A low cost life time fee entitles you to all the benefits we as a family of Supporters throughout NZ enjoy.

Here are a few locations we meet at around the country to watch matches together.